Project staff are typically appointed on extramural research grants on either specific projects, or related exploratory ones. These typically include short term students (at MSc level). In this page, I have also included those who have volunteered (for at least six months or more) on such projects.

Preethi Rajasekaran worked with us as a project assistant from August 2018 – July 2019 on spatial dynamics of blackbuck leks. She worked with PhD student Akanksha Rathore. She joined the lab of Kavita Isvaran at CES from Aug 2019 for her PhD!!

Ananth Sathyanarayana Sharma worked with us from August 2018 – June 2019 as a project assistant on video processing using AI-based techniques in the context of blackbuck herds. She worked with PhD student Akanksha Rathore.

Amith did my M.Sc in physics from University of Mysore in 2012. He joined our lab in September 2013 as a project assistant and left by march 2017. He made IMMENSE contributions to the lab working on fish experiments. We expect at least one or two very good publications based on his experiments and data analyses. Amith joined a software and data analytics company Eoxys in March 2017.

Note: Amith’s excellent image processing skills led collaborations with students from Kavita Isvaran’s lab during his term at our lab and co-authored the paper above.

Vedant Dixit from Pune worked as a project assistant from July to December 2016, assisting our PhD student Akanksha on our study on blackbuck herds. 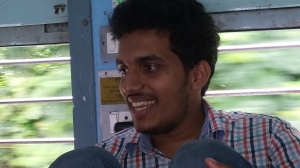 Harikrishnan: Hari finished my Bs-Ms degree in Life science from IISER-Bhopal in 2015. He joined lab in July 2015 as a project assistant and stayed with us for an year doing various fish experiments. He joined the lab of Ofer Feinerman in Weizmann Institute of Science in Jan 2017. Hari is broadly interested in Ecology and Evolutionary biology.

Subhankar Chakraborty worked in the lab from Nov 2013 to June 2015 as a project assistant to set up an experimental fish lab, hence converting Theoretical lab to an experimental lab ;-).

Kartik Azhagesan: I completed my B.Tech in Biotechnology from Anna University, Chennai (GCT, Coimbatore). I then worked as a Junior Research Fellow at the Indian Institute of Technology, Madras, for two years with Prof. Kartik Ram. I then joined Theoretical Ecology and Evolution lab in Sept 2014. My broad interests include microbial genomics, computational ecology and bacterial bio-films. I worked in the lab for four months in 2014, from Sept 2014 to Jan 2014 applying basic science concepts of tipping points to investigate if financial markets exhibit early warning signals prior to crashes. (later joined as a PhD Student at IIT Madras). 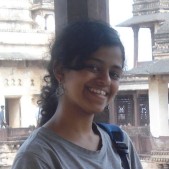 Elsa Mini Jos (BSc from Delhi University) worked with us from Sept 2013 to Nov 2014 as a project trainee on setting up fish experiments in the lab. Her interests are in behavioural ecology and neurosciences.

Ashwin Viswanathan (B. Tech, Mech Engg from BITS Pilani and MSc Wildlife biology from NCBS-WCS): Ashwin worked on analyzing spatial patterns of vegetation from Oct 2012 to Dec 2013. The statistical analyses on patch sizes that Ashwin did was important for the later work that Sumithra Sankaran did for her PhD work and he is a coauthor on that manuscript (listed below). He completed his PhD (as of Feb 2018) at ETH-Zurich working with Dr. Robert Bagchi.

Chhavi Chawla, B.tech in Biotechnology from Rajasthan, worked on the phylogenetic basis for the evolution of social behavior among vertebrates, particularly fishes. She worked with us as a project assistant from Oct 2012 to July 2013 and then moved to a PhD position with Prof. Paul Rainey at New Zealand Institute for Advanced Study.

Ajith Ashokan, (MSc from Kerala and a plant-taxonomy geek), worked on vegetation patterns of semi-arid ecosystems in Rajasthan from Jan 2013 – July 2013, and then again for sometime in Jan 2014. He is currently a PhD student at IISER Bhopal working with Dr. Vinitha Gowda. 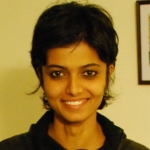 Payal Bal worked with us from Jan 2012-Sept 2012 as a project assistant and analyzed spatial vegetation patterns of semi-arid ecosystems in the US (in collaboration with Brandon Bestelmeyer). She them moved on to Australia.

Amit Agrawal (BTech, Biotech from Madhya Pradesh) worked with us from Jan 2012, initially for his B. Tech thesis, then as a project assistant and then later as an intermittent visitor. His long term research interest is to find ways to stop ageing in humans! He is a co-first author on a manuscript that came out of his thesis on spatial vegetation pattern.